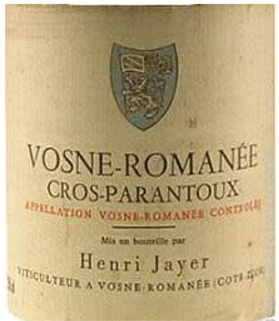 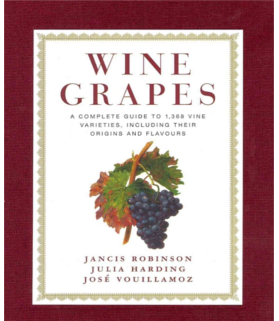 It is good taste, and good taste alone, that possesses the power to sterilize and always the first handicap to any creative functioning.

Aristocrats past and present have always likened a rare wine to a piece of artwork by a master. For some, there is this indescribable inner exhilaration and satisfaction of being in possession of one.

Indeed, the power to indulge in wines with exorbitant prices causes the brain to release anadamide, beta-endorphins and phenethylamine; these hormones act in unison to create an euphoric effect that enhances the connoisseur’s sense of self-worthiness in an instant.

It is the same hormones that give rise to grasps of emotion-charged interjections of “wows” and “oohs” among those present when the price of an art piece soars during the bidding process. Except that during the tasting of a rare and expensive wine, this excitement is muted; you could hear a pin drop.

Henri Jayer. The legend who turned a piece of small premier cru parcel near Richebourg, Burgundy into the world’s most desired terrior. The man and his wine crafted from one grape, Pinot Noir, is bigger than life. A high four-figure sum will not get you a bottle, let alone his last vintage in 2001.

A big part for this is due to its scarcity-the low number of bottles produced but the real multipliers are critics and ratings over the years.

If you found one such bottle in your grandfather’s cellar or at a Michelin-starred restaurant’s chiller, it’s time for instagram. But it is not impossible to get hold of a bottle.

On the other hand, there is this book. Wine Grapes: A Complete Guide to 1386 Vine Varieties, including their Origins and Flavours, authored by 3 leading authorities in the world of wine.

The book is an expanse of wine knowledge. 1200 pages thick. How many of us can lay claim to have tasted all the wine varieties described in the book? It is definitely much easier to just get hold of the book.

Which would you choose? A bottle of Henri Jayer’s  Cros- Parantoux or a bottle of all wine varieties in the world?

Over in this part of the world, the commonly drunk reds will be Cabernet Sauvignon, Merlot, Syrah and Pinot Noir. For whites, it will be Chardonnay, Sauvignon Blanc, Riesling, Pinot Gris, Viognier, Chenin Blanc, Muscat Blanc.

Our world of is surrounded by these 10 common types of wines. This is less than 1% of all wine varietals out there.

We attend wine exhibitions and seminars. Always eager to enter the room to try the latest harvest of Bordeaux classified growths. On the other hand, we smirked cynically when an exhibitor from the main hall offer us an Agiorgitiko. Say that again?

It is a common Greek wine varietal that belongs to the same species as our common wine grapes: vitis vinifera.

We apologise for our ignorance but grudgingly.

“Surely you can’t fault me for that? I can’t even pronounce the name of this “unknown” grape, let alone remember it. But I do know a lot about wines from the estate of Jean- Pierre Mouiex, want to hear it?” It is a pride-filled inner thought nonetheless.

“Human pride is not worthwhile; there is always something lying in wait to take the wind out of it.”

Quite often, we hold what we called vertical and horizontal wine tastings. The Grand Crus from Burgundy, the likes of Margaux, Cheval Blanc, Latour or perhaps the super Tuscans are the usual candidates. Some of us will drink leisurely, others will take photos and notes fastidiously.

We give the reason that good wines must be shared with friends; it looks genuinely like a magnanimous gesture when we open that bottle of Lafite Rothschild 1982 unostentatiously during dinner. But at the same time, are we not giving in to our own self-indulgence? Are we not expecting praises and gratitude to be lavished on us by people whom we have invited?

“But we are all social animals.” One may claim.

If God’s intention is to create social animals only then there would not be any solitary animal like the polar bear, tiger and leopard around.

Look at the polar bear, always the sad and lone figure that moves with a swagger on ice but they have survived like this for millions of years. 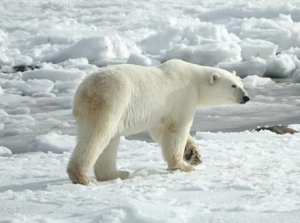 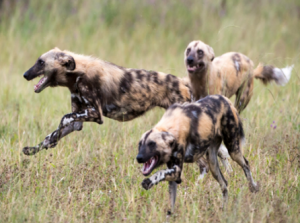 Bears cannot stand the sight of each other except when food is in abundance or during the mating season.  Come near a mother bear with cubs and you are courting death.

There are just as many solitary animals in this world as there are gregarious animals like the hyenas, wild dogs, lions, etc.

Not being able to function alone is a sign of individual weakness. A wild dog that has been cast off by his gang will not survive long. It neither has the wits nor the strength to bring down the prey alone.

But we are the most intelligent species on earth. We should be able to make individual qualitative judgement on what we eat and drink.

Good or bad wines. Who should have this power of discernment?

Some wine judges seem to tell us they can do this better than ourselves-through their palate in a competition. A wine competition can devise its own judging system but there are two main systems. The “Anglo- Saxon” and the OIV (Organisation Internationale de Vin).  Any system devised is to ensure fairness but they are never without their criticism.

What we do see is wine judges sitting around a table with score cards (or tablets) in hands. Some competitions have their judges in white lab coats to look as professional as possible.  They do their usual “4s” (swirl, sniff, slurp and spit) and discuss the wine score. Some will allow themselves to be persuaded, some will not. Some will only score after knowing what other judges are scoring. 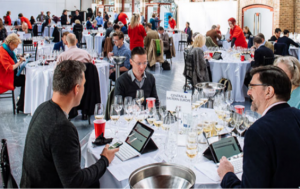 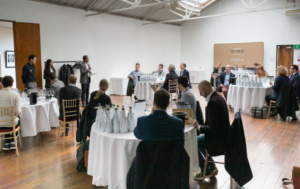 You may wonder what this is all about? In the “Anglo-Saxon” system, this is called “defending your choices”. The idea is preposterous to say the least. No one is being charged with felony so why should one be made to defend what he likes or dislikes about the wine? The OIV system does not allow discussion but the methodology for points awarding has left many fuming for another reason.

Let’s look at this example. There is a dish in Japan called yaki gyoza, it is basically fried dumplings. The Japanese usually eats it on its own or together with ramen (Japanese noodles).

Whenever you order this, the staff will give you a small dish for your sauce.

The sauce is not premixed, you need to mix it yourself. There are 3 types of sauce in different glass container on the table: vinegar, chilli oil and soy sauce. 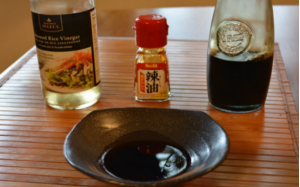 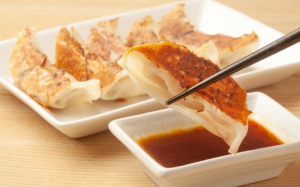 Some people will mix all three sauces, others will leave out one or the other. Even those people that mix all the sauces, add it in different proportions.

Does the person need to justify why he added only chilli oil and not soy sauce? Or why the copious amount of vinegar? This is an individual’s preference. There is neither a right nor a wrong here. This is the reason why the sauce is not premixed.

It therefore boggles the mind to think that one need to defend the good score that he gave for the acidity of a wine.

If you have read the papers published by Professor Robert Hodgson some years back, you may not be too surprised by his findings.

Hodgson is a vintner, former wine judge and the owner of Fieldbrook winery in Humboldt county; a statistician and retired professor of Oceanography.

Over the years, he has done extensive study on wine judges using his scientific background. His conclusion: wine judges are inconsistent, cannot differentiate a white wine dyed with red colouring agent from other “true” reds and give different scores to the same flight of wines every time.

There is little doubt that high scores and ratings boost wine sales. After all supermarkets display their 90 pointers prominently. 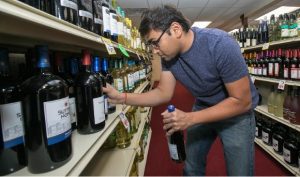 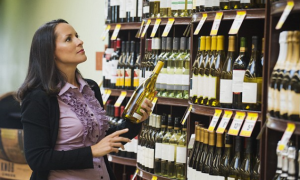 It is down to the money part; if money is no object, then using your resources and influence to get as many gold medals as possible is all that matter. You pay to have your wine judged but it will be repaid through brisk sales if your wines are gold- medalled.

Great wine makers with the likes of Jayer, Potel or Montille deserved our respect. Not just because of their wisdom, knowledge and skills as top craftsmen but also the wine-making process is arduous. Like all businesses, things can take a wrong turn. We have to appreciate this.

The Dahl vineyard’s tragedy at the famed Napa valley is a reminder of that. In 2015, Robert Dahl shot his investment partner to death before committing suicide after his wines were poorly received, ran into financial difficulties and his partner took him to court.

But good wine-making is only part of the picture. You will need the spin doctors. They add mystique and has the ability to transcribe everything that is in the wine. Their command of vocabulary and sentences almost Shakespearean.

There are excellently-crafted wines out there for sure; there is a price to be paid for such quality. But how much of it, from the price point of view, is simply due to ratings given by these people with “special” palate?

I belong to the school that believe once a wine reaches a certain price point it does not get any better or that the difference between the quality of wines at a certain price level and beyond is too subtle to be detected by human taste receptors.

In 1973, the wealth, power and intensive lobbying by a dynasty elevated Chateau Mouton Rothschild from a second growth to a first. One of the only two changes in the Bordeaux wine 1855 classifications to date. The other being Chateau Cantemerle which has been omitted initially before being added as one of the fifth growths.

Surely it does not take as much lobbying to change a bronze to a gold in any wine competition, does it?

I think I have reached my decision. Give me one bottle of a different wine variety every week without any bias.  May be the man himself will nod his acquiescence.

Every man dies. Not every man really lives.

All views expressed here are solely those of the author in his private capacity.

About New Border Wines and Liquors

Our Mission is to share our passion for quality wines with like-minded people; to enchance the dining pleasure of our fellow Singaporeans by bringing in wines which compliment well with Singaporean food and palate.